skip to main | skip to sidebar

The annual Ngagso Drupchen at the White Gompa 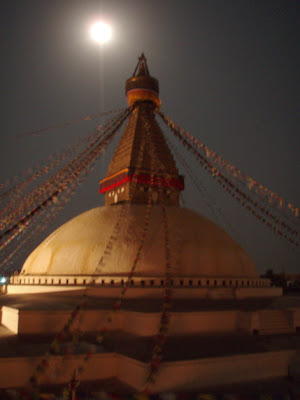 The great boudhanath stupa on the fullmoon night last week.


On the run as usual, not much time for a post, but here's some shots from the annual Ngagso (Mending of Broken Tantric Committments) Drupchen at the White Gompa (Monastery) in Boudhanath. A Drupchen is a nine day 24-hour puja (prayer ritual), and carries great blessings. 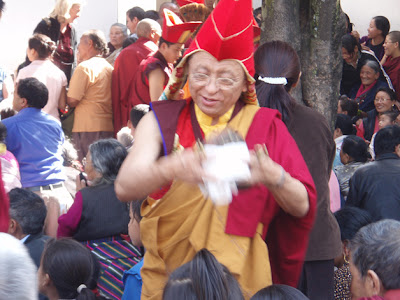 Chokyi Nyima Rinpoche, the abbot of the White Gompa, giving out ngondrup (blessed substances) to the crowd at the end of the drupchen. 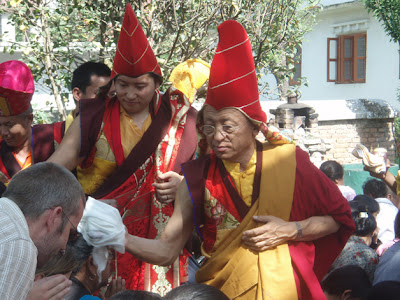 Phagchog Rinpoche and Chokyi Nyima Rinpoche amidst the crowd. 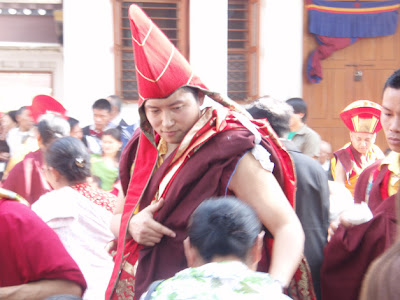 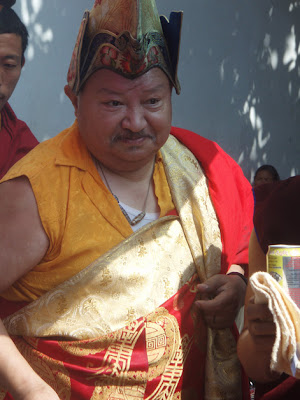 His Eminence the Tsikye Chokling Rinpoche. 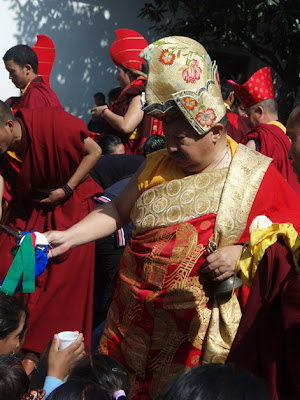 The Vajra Master Chokling Rinpoche giving out blessings to the assembled crowd at the last day of the nine day ceremonies. 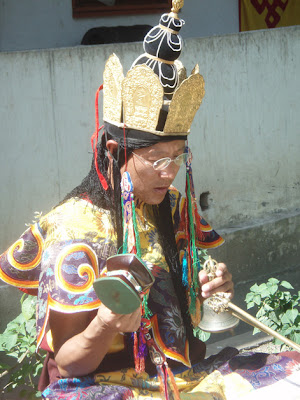 A monk from the white monastery in ritual costume, performing a small puja on the last day of the drupchen.


THE CROWD OF LAYFOLK: 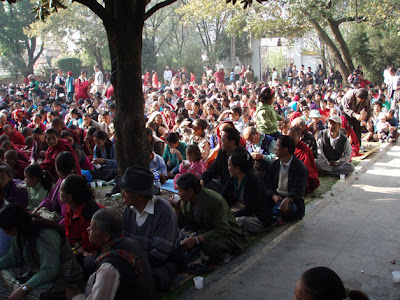 The crowd of thousands at the White Monastery receiving blessings at the end of the Drupchen. 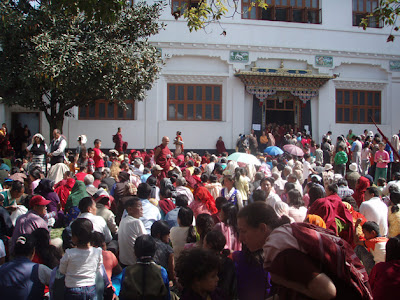 Another shot of the crowd with the White Gompa in the background. Those in attendance consisted of many Tibetans, Nepalis (Newars, Tamangs, Manangis, Nupripas, Yolmopas, Mugumpas, and many more people of the Himalayan border region with Tibet), and Westerners of all flavours.
Posted by michael smith at 7:43 PM

This is very nice, thank you for sharing your experiences there in Katmandu, in this way.
Am preparing to participate in a Red Vajrasattva drupchen here soon, in rural northern California,
Best wishes to you, 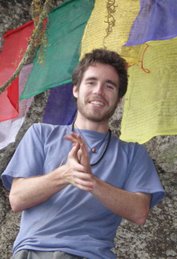 On a hike in Shivapuri Forest

Who is this guy?

michael smith
New Orleans, Louisiana, United States
I am enrolled in a double masters program at Tulane University in New Orleans in International Social Work and International Public Health and Development. I have spent three of the last five years traveling, studying, working and volunteering in Nepal, north India and Tibet. I live in a renovated house that was flooded in the aftermath of Hurricane Katrina.

Online Version of my Book-In-Progress: